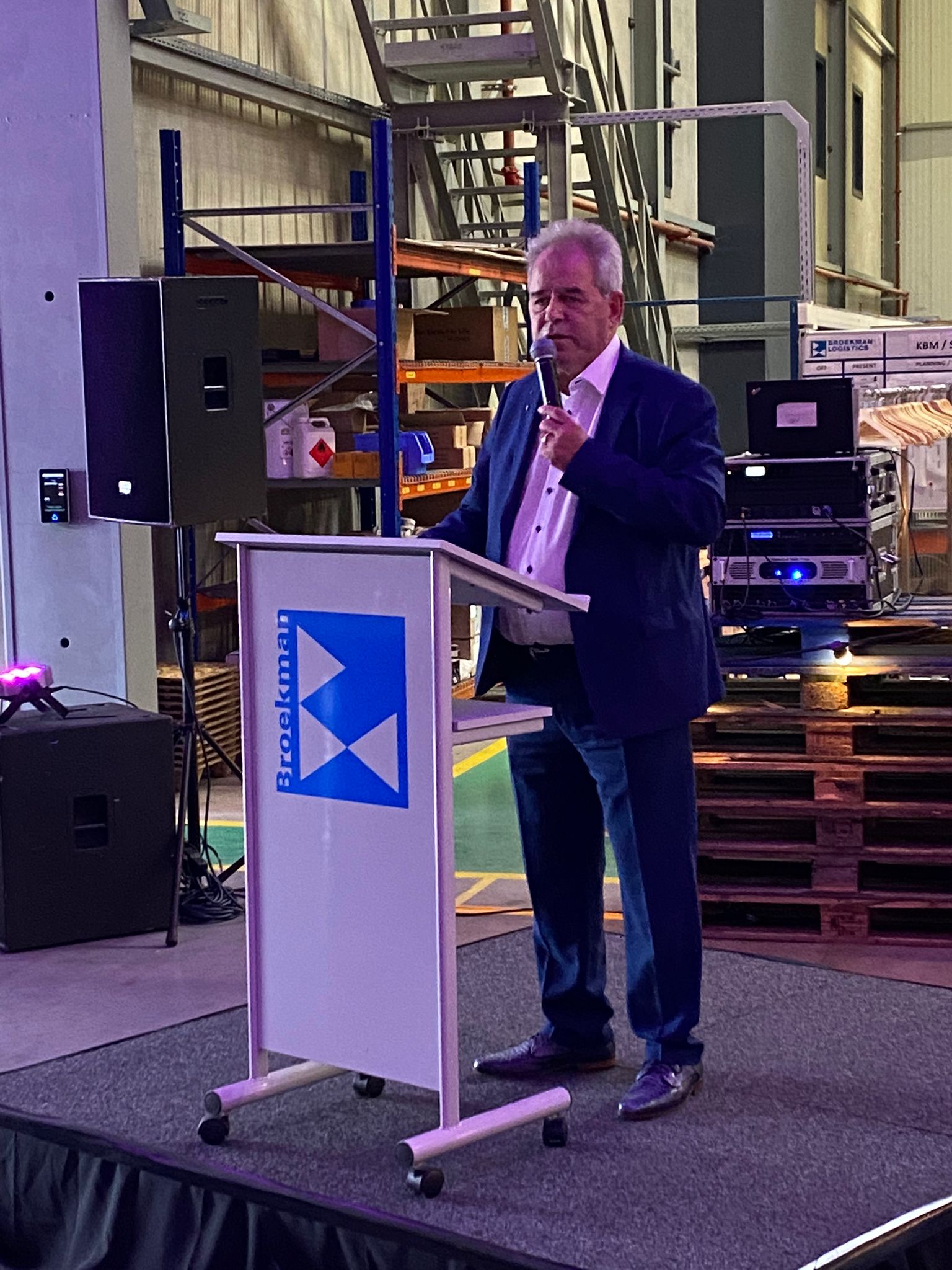 On Thursday, 30 September, Deputy Mayor Pieter Meekels of the municipality of Sittard-Geleen presented Dieter van Gortel with the 'Speld van Verdienste' (Star of Merit) for his major social contribution.

Dieter van Gortel was awarded the star for his services to the Trade Association Sluisweg in Born and his many years of commitment to the Geleen Draughts Association De Vaste Zet.

The presentation took place on the occasion of Van Gortel's farewell as general manager of Broekman Logistics in Born, where he worked since 1997. Under his leadership the company grew from twenty to 160 employees and has become an important player in logistics in Sittard-Geleen. Also in the social field Broekman Logistics contributes to the local community.

Under the leadership of Dieter van Gortel, Broekman Logistics has grown in Limburg in recent decades and currently serves world players in the production of agricultural and construction machinery with various logistics services, including assembly and handling of spare parts. In addition, Van Gortel is responsible for further expansion in locations in Tilburg, Alphen and most recently Alblasserdam. Maurice Beurskens, as successor, will be responsible for the further growth of Broekman Logistics in Limburg.

"It is an achievement how Mr Van Gortel has managed to combine his impressive commercial performance with a fine social contribution," said Deputy Mayor Pieter Meekels, at the presentation of the Medal of Merit. "In addition to his commitment to Broekman Logistics, he was an important force behind the Trade Association Sluisweg in Born and managed to combine this with an active contribution to his great passion, draughtssport.

"We are very grateful to Dieter van Gortel for what he has brought to Broekman Logistics," said Rik Pek, CEO of Broekman Logistics. "Under his leadership we have become a major player in Limburg, but he has also ensured that we have never lost the famous Personal Touch". 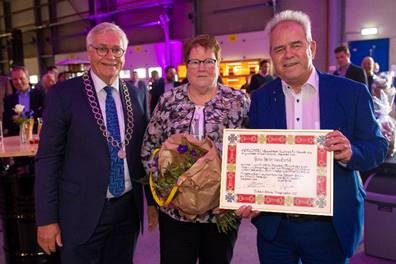 Photo caption: Dieter van Gortel (r) together with his wife Mien and Deputy Mayor Pieter Meekels at the presentation of the Star of Merit of the at the municipality Sittard- Geleen.  Picture Ermindo Armino